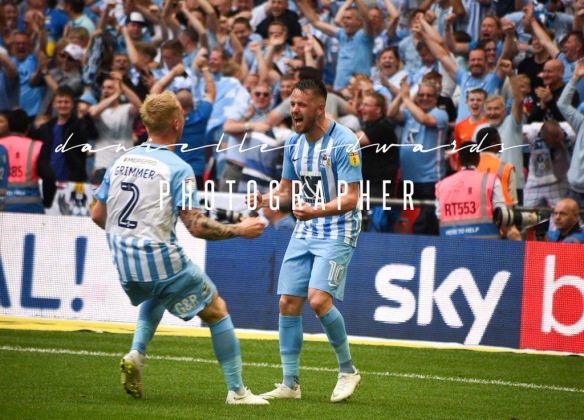 20-goal-a-season strikers are not easy to come by, but Coventry City struck gold last season with Marc McNulty. The Scottish forward made the move to the Ricoh Arena on a free transfer and supporters were unsure as to how he would fare, but he ended up rattling in 28 goals as the Sky Blues secured promotion to Sky Bet League One.

As the season progressed, ‘Sparky’ grew in confidence and his rich vein of form spearheaded Mark Robins’ men to an immediate return to the third tier. Having developed a formidable partnership with Maxime Biamou, the 25-year-old was catching the eye of various media outlets, with the play-offs allowing him to showcase his talents live on television.

With success comes added speculation, and it soon became apparent that it would not be easy to fend off interest from clubs in a higher division. Despite Coventry City knocking back a couple of bids, McNulty finally joined Reading on a four-year deal on the 6th July 2018 in a deal rumoured to be worth £1.2 million.

Now having made the move to the Royals, I caught up with the striker to reflect on that phenomenal season with the Sky Blues, and how the decision was made to leave the midlands. For the full interview, please click the soundcloud link below: